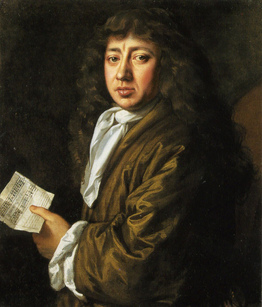 In reference to a production of The Black Prince on 19th October 1667, Samuel Pepys noted:

“At noon home to a short dinner, being full of my desire of seeing my Lord Orrery’s new play this afternoon at the King’s house, “The Black Prince,” the first time it is acted; where, though we come by two o’clock, yet there was no room in the pit, but we were forced to go into one of the upper boxes, at 4s. a piece, which is the first time I ever sat in a box in my life. And in the same box come, by and by, behind me, my Lord Barkeley [of Stratton] and his lady; but I did not turn my face to them to be known, so that I was excused from giving them my seat; and this pleasure I had, that from this place the scenes do appear very fine indeed, and much better than in the pit. The house infinite full, and the King and Duke of York was there. By and by the play begun, and in it nothing particular but a very fine dance for variety of figures, but a little too long. But, as to the contrivance, and all that was witty (which, indeed, was much, and very witty), was almost the same that had been in his two former plays of “Henry the 5th” and “Mustapha,” and the same points and turns of wit in both, and in this very same play often repeated, but in excellent language, and were so excellent that the whole house was mightily pleased with it all along till towards the end he comes to discover the chief of the plot of the play by the reading of along letter, which was so long and some things (the people being set already to think too long) so unnecessary that they frequently begun to laugh, and to hiss twenty times, that, had it not been for the King’s being there, they had certainly hissed it off the stage. But I must confess that, as my Lord Barkeley says behind me, the having of that long letter was a thing so absurd, that he could not imagine how a man of his parts could possibly fall into it; or, if he did, if he had but let any friend read it, the friend would have told him of it; and, I must confess, it is one of the most remarkable instances that ever I did or expect to meet with in my life of a wise man’s not being wise at all times, and in all things, for nothing could be more ridiculous than this, though the letter of itself at another time would be thought an excellent letter, and indeed an excellent Romance, but at the end of the play, when every body was weary of sitting, and were already possessed with the effect of the whole letter; to trouble them with a letter a quarter of an hour long, was a most absurd thing. After the play done, and nothing pleasing them from the time of the letter to the end of the play, people being put into a bad humour of disliking (which is another thing worth the noting), I home by coach, and could not forbear laughing almost all the way home, and all the evening to my going to bed, at the ridiculousness of the letter, and the more because my wife was angry with me, and the world, for laughing, because the King was there, though she cannot defend the length of the letter.”